The Legend of Zelda: Twilight Princess

Twilight Princess is a game in the Legend of Zelda Series for the Wii and the Gamecube that was released in 2008. The Gamecube Version is the mirror counterpart of the Wii Version(EX:If the player has to travel to the right to go to a specific area in the Wii Version, the player would have to go left instead on the Gamecube version). The game includes the debut of Midna and Link's Wolf Form and features new items and dungeons.

Link is an average boy living in Ordon Village. He owns a horse named Epona in which he herds the goats in Ordon Ranch with. He is later given the task of delivering a sword and shield crafted by Rusl to the Royal Family and prepares to leave in a few days. After getting his sword and shield, he is ready to set out but a girl named IIia takes his horse because she thinks he hurt her. When he and Colin persuade her to let him go with Epona to Hyrule Castle, they are attacked by King Bulbin and the children get kidnapped and Link gets knocked out. Link wakes up, rushing to where the children where taken and sees a gigantic wall. This wall is actually the border that separates the Light World and the Twilight. Link then gets pulled in by a giant monster and gets thrown. He then somehow turns into a wolf and and gets dragged away by the monster. As he gets pulled away, a strange imp like figure watches.

When Link awakes in his wolf form and finds himself locked up in a cage in the Hyrule Castle Sewers, he encounters Midna, the imp from before which helps him escape and makes a deal with him. The deal is that since she helped him escape, he has to do what she says. She then brings him to Princess Zelda, in which she tells Link that Hyrule Kingdom was taken over by Zant, and that he shrouded the land in Twilight, turning many townsfolk into spirits. Midna then reminds Link about the Ordon children who were kidnapped, exclaiming she would help him save them if he does what she wants. After saving them, she ends up telling Link that she wants him get the other pieces of the Fused Shadow for her, but after they gathered all of the pieces they met up with Zant, which he took from Midna and then badly injures her by exposing her to the Light Spirit Lanaryu. Link also turns into a wolf after getting hit by a Shadow Crystal in which he aborbs inside his head.

With a dying Midna on his back, Link sets out to find Princess Zelda so she can help her. When he gets there, Princess Zelda then transfers all of her power into Midna and then disappears. Midna then wonders why Zelda would save her, and she decided to help Link save his own world too. After Link finds the Master Sword which lets him transform between Human and Wolf at will, they then set out to find the Mirror of Twilight, which is their only link to Zant. Midna then tells Link that she is a descendant of the ancient tribe that was banished to the Twilight Realm, and the story of Zant transforming her into her imp form.

After gathering all the pieces of the Mirror of Twilight, the Sages then tell Link that Midna is actually the Twilight Princess and the ruler of the Twili. They then warped into the Twilight Realm and defeated Zant, regaining the pieces of the Fused Shadow. Midna is then surprised because she didn't turn back into her true form. This is because Ganondorf, the true source of Zant's power, has not been defeated.

Setting out to face Ganondorf at Hyrule Castle, they encounter an strong force field protecting it. Midna then uses the power of the Fused Shadows to destroy the force field. When they finally get to Ganondorf, they find a possessed Zelda controlled by him. After Ganondorf was defeated and Zelda was saved, he was sealed away by the Sages for his misdoing. Link then watches as Midna is transformed into her true self because the curse has been broken.

Afterwards, Midna bids her farewell and returns to the Twilight Realm. After she warped into the Mirror of Twilight, it broke into many pieces, thus making it so she can never return. The game then ends as Link goes back home. 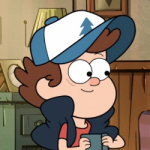 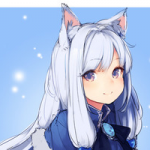 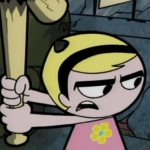 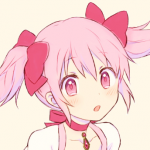 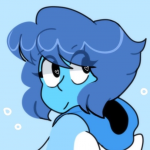