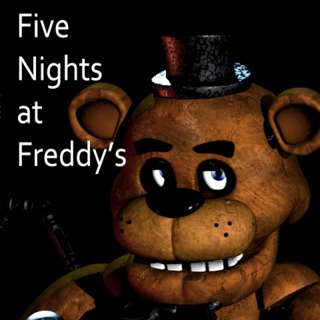 Five Nights at Freddy's is an indie point and click horror game developed by Scott Cawthon released on August 8, 2014 via Desura and on August 20, 2014 for Stream. The game focuses towards a haunted pizzeria where the player plays as a night guard who has to survive through five nights without being stuffed into a Freddy Fazbear suit by four killer animatronics.

Unfortunately, there will be no more sequels to Five Nights at Freddy's, but a spin-off game, titled FNAF World, is currently in the making.

For this pages gallery, visit here.

Retrieved from "https://an-awesome-girl.fandom.com/wiki/Five_Nights_at_Freddy%27s?oldid=23668"
Community content is available under CC-BY-SA unless otherwise noted.